Saturday, 01 October 2017. Terrassa, Catalonia. Catalan referendum voting. Opening of the ballot boxes and counting of the total votes. Activists and voters has been inside and at the door of their assigned polling stations as a measure to try to avoid the closure of the voting places by the spanish police. Despite of many others towns and cities of Catalonia were the day has left about eight hundred injured people, in Terrassa the day has passed with any relevant incident. The elderly people who attended to vote has been welcomed with clapping hands. 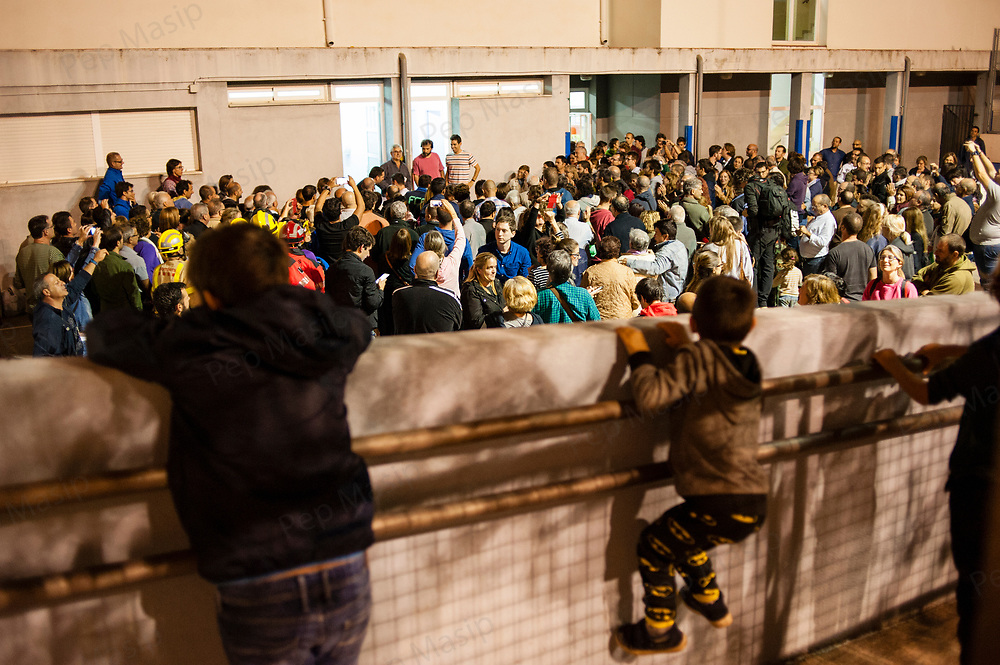