Tuesday, 03 October 2017. Barcelona, Catalonia. Catalan referendum. People gathered in Barcelona. A couple walks on Carrer Carders street in Barcelona old quarter carring a Estelada (Catalan independentist flag) and a Spanish flag with "Not to violence" writed on it. The spanish State is promoting the idea of a violent fracture in the Catalan society. As a reaction for the brutality of the spanish police and to support the results of referendum a general strike was decalred on Tuesday 3rd of October 2017. 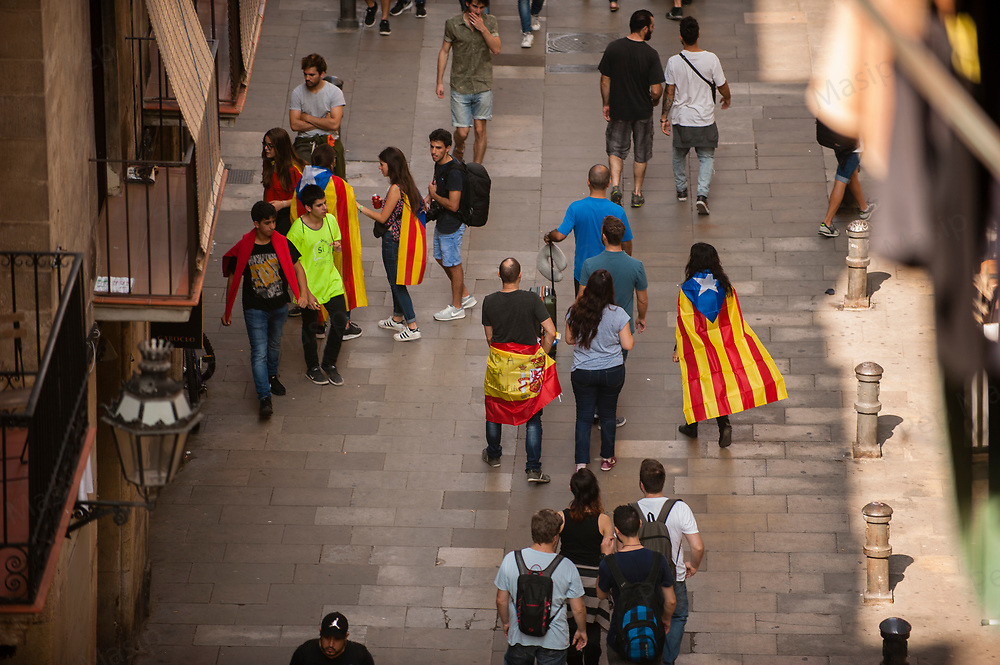